This Article Presented by 10buzzes Team

Every day, chainsaw manufacturers are trying to make their brands better. In the competition of the best features, some brands are slowly but surely outshining the rest. So, when you want to purchase a chainsaw, pay attention to the brand and manufacturer. This is because some features are unique and only present on distinct manufacturers. Some brands major in gas-powered chainsaws and others in electric varieties. Companies that have been in the market for an extended period are likely to be more experienced than the new ones. Below is a review of the leading chainsaw brands.

All unbiased best chainsaw reviews, in unison, accept that Husqvarna is the Cadillac of chainsaws. It is the dream tool for all professional tree persons. Husqvarna has a broad range of chainsaws. For instance, you can get a sleek and durable homeowner or arborist’s machine. Although it is more expensive as compared to other brands, Husqvarna is more powerful and advanced.

For many years, Stihl has been a global force in producing hi-tech power machines. Best Stihl chainsaws are not only sleek but also fitted with advanced technology. For example, the latest chainsaws from the company come with an automatic ignition system. This means that you do not have to struggle starting the engine using the pull-cord cylinder system. Stihl’s saws are mainly gas-powered, and they are therefore more potent. The downside is that they are more expensive than other conventional brands.

Oregon is a household name in making power products, especially those that are electric. Apart from the many years of experience, the company keeps updates on the recent technology, which makes them a global leader in coming up with power home tools. Oregon chainsaws are affordable and easy to use. Although they are less powerful than Husqvarna or Stihl, they are lighter and easier to use.

The Chinese have a great reputation in making affordable products. WORX is one of the century’s most major power tool company from the Asian power. Besides dwelling in technology, the company comes up with the perfect tools for buyers who are working on tight budgets. WORX chainsaws are affordable. Moreover, the saws have intuitive controls and advanced technology. But they are less powerful and cannot last for long when being often used.

Remington is a power tool powerhouse, literally. For more than a century, the company has manufactured startling home devices. They have some of the best chainsaws in the market. Remington’s chainsaws come in both gas and electric varieties. Also, there are specific tools for professionals and homeowners. These machines are ergonomic and affordable. If you are looking for a chainsaw that suits your medium duties, then you should think about Remington.

Chainsaws are classified into three categories depending on their source of power. The first type of chain saws is the gas-powered. Other chainsaws are electric, but one has a cable while the other does not. Noteworthy, the functions and features of a chainsaw depend on its power source. In fact, the source of power determines the output or horsepower, which also affects the efficiency of a saw. Below is a review of each chainsaw variety.

If you are looking for a lightweight chainsaw, then this is a perfect choice. This chainsaw is electric, which means it has a motor that runs on electricity. This variety is cordless and has a rechargeable battery, which in turn makes the chain to rotate. A chainsaw cuts into the wood through this process.

Once the battery depletes, you can recharge it as you do to a phone. In most cases, the cordless electric chainsaw has a lithium battery, which means you do not have to keep adding water (like in the case of a car battery) to maintain its life. Instead, all you should do is keep it clean and charged.

Cordless electric chainsaws do not emit smoke because there is no fuel anyway. These chainsaws are also environmental-friendly because they have minimal noise. At least, there is no engine to produce the sound, pollute the air.

Combined, these factors contribute to the efficiency of this cutting tool towards doing many tasks. First, the chainsaw is light, quiet and portable. This means it can do well in pruning. The fact that it emits no ‘poisons’ makes it even better. Second, the saw is also worthwhile when doing several other light duties at home.

Cordless battery-powered chainsaws have several demerits, too. First, although they are portable, their battery life cannot sustain cutting a wide-stemmed tree. These chainsaws require frequent recharging, which makes them inconvenient. Then, they have less horsepower than other chainsaws and cannot handle heavyweight duties.

Well, although battery-powered chainsaws have their cons, they do come in handy for farm home chores. Unlike the other varieties, the battery chainsaw is light, versatile and ergonomic for home use. Then, it is more affordable than any other varieties.

If you are looking for a chainsaw that can connect to the electric power source, then corded chainsaw is the finest deal. In brief, this is a wire chainsaw, which utilizes direct electricity through a cable and extension. The cable connection makes it more efficient than the battery powered electric variety. Instead of an engine, the electric chainsaw has a motor. The current powers the motor, which rotates the chain thus bringing about cutting.

The chainsaw does not require gasoline, but instead, Alternating Current (direct from the mains) powers the motor. This makes it quieter and less emissive. You see, a gas-engine causes smoke and noise pollution, but electricity has less environmental disturbances. The little noise you hear is a result of friction between the wood and chain.

Again, the fact that an electric chain does not have an engine or fuel tank makes it lighter. The only heavy feature in the corded electric chainsaw is the motor, but it is bearable. In most cases, the larger part of the chainsaw is plastic.

The size of a corded electric chainsaw is variable. Some guide bars are relatively shorter than their gas-powered brothers, but longer varieties are available. You need to look out for the length of the cord so that you do not end up ruining your project. If the wire is not long enough, you can add an extension to ensure it gets to the place you want to cut.

The corded electric chainsaw is powerful because it relies on a direct connection to the mains electricity. Well, it may not be as powerful as the gas-powered chainsaw, but most certainly, it is far sturdier than the battery-powered saw.

The corded electric chainsaw has several uses. First, it is ideal for ordinary tasks, such as cutting average-sized trees. It is also worthwhile for cutting large pieces of firewood to warm the house during winter. If you need a saw in your workshop, this is the ideal tool.

Again, most homeowners love the electric (corded) chainsaw because it is quiet and environmentally friendly. If you intend to cut trees in a school, office area or suburban home, this chainsaw will do it quietly without having to disturb everyone. Then, unlike the gas-powered saw, this type does not emit any gaseous pollutants. This makes it healthier and more ergonomic.

However, the wired chainsaw is less versatile and portable. Unless the wire is long enough to cover several kilometers (that’s a fantasy!), you cannot use a corded chain saw far from the source of power. Although it can be a great performer, a corded electric chainsaw does not allow you to cut trees in remote forests. If an area is so rural that it is off the electrical grid, then this chainsaw may not be ideal.

Corded chainsaws are more expensive than the cordless battery variety. But, these electric versions are cheaper than the gas-powered chainsaws. The reason is simple- petrol chainsaws have an engine, metallic body and powerful features that make them expensive. However, electric chainsaws have minimal metallic features.

The gas chainsaw is the most popular best selling chainsaw for the professional. Unlike the electric-powered varieties, the petrol power saw has an engine system that rotates the chain. So, you do not need anything like a wire or motor as long as you have enough fuel for your saw.

This power device works through a simple but convenient concept. The two-stroke engine converts the fuel into motion energy, which rotates the chain around the bar. This allows the tool to cut deep into the wood.

Most best chainsaw reviews agree that the gas-powered variety is stronger and more powerful than other types. This is evident in that the gasoline-powered cutting machines are prominently metallic. Apart from that, the engine produces so much power that some chains can run at an over 10,000 rpm.

Of course, this is not the right machine for urban areas, homes or institutions. With the kind of noise and smoke that the engine produces, it is not easy to work in a place where people want to have their silence. The machine is too heavy to use for home chores or to be handled by novices. It also vibrates too much due to the engine strokes, making it hard to control for beginners. They also tend to be more expensive than the average electric chainsaw.

However, these lumbering machines are quite beneficial. First, they are flexible and reliable in remote areas. You see, they don’t need plugging into electric sockets. Instead, you only have to refill their gas tanks when the fuel runs out.

The gas chainsaws are a must-have tool for all professional arborists. This is because they can sustain a long period of cutting. If you are cutting into hardwood or broad trunk conifers, then the gas chainsaws come in handy. Then, their body is sturdy enough to last for an extended period.

Follow us
10 buzzes
10buzzes is an awesome place where you can find your daily useful needs by our unbiased reviews. They are available & integral part of our daily life. Though we are not specialist but we are team of experts who can research each & every products. We always keep up to date information to share with you from kitchen to recreation. Our professional experience touch every sector of your lifestyle. 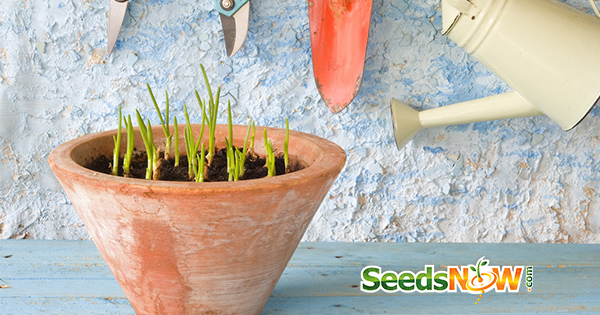 10buzzes.com is an awesome place where you can find your daily useful needs by our unbiased reviews. 10buzzes share high quality resource by best research from many of authentic source, news, reviews & survey results. We values people choice, their passion, opinions, what they choose, what they demands.

10 BUZZES is a participant in the Amazon Services LLC Associates Program, an affiliate advertising program designed to provide a means for sites to earn advertising fees by advertising & linking to Amazon properties including, but not limited to, amazon.com, endless.com, myhabit.com, smallparts.com, or amazonwireless.com